With the dioxane plume and the decision of how best to pursue cleanup back in focus, we have collected a number of resources here to quickly bring you up to speed. This content was produced primarily for a teaching case in our Michigan Sustainability Cases library, but because we believe strongly in connecting classroom learning with sustainability issues unfolding in real time, we are sharing these tools now as the issue moves forward.

What should be done and by whom?

Decades ago, Gelman Sciences, a company on the edge of Ann Arbor, severely contaminated an aquifer beneath the city with a carcinogenic chemical, 1,4-dioxane. Since then, a chemical plume has continued to migrate through the city and county, contaminating local lakes and private drinking water wells. In the present, the state's consent decree that determines how the plume will be managed is showing signs that it may not adequately protect wildlife and citizens.

This case study explores the question of whether the Ann Arbor city council should seek Superfund status for the Gelman site. To some, the federal, state and local response to the ecological and public health risks has been disappointing. Local advocacy has challenged authorities to resolve the issue. Some say designating the site as one of the nation’s worst (i.e., a Superfund site) could force a better cleanup, while others fear that labeling Ann Arbor as a toxic site could bring negative consequences such as decreased property values. 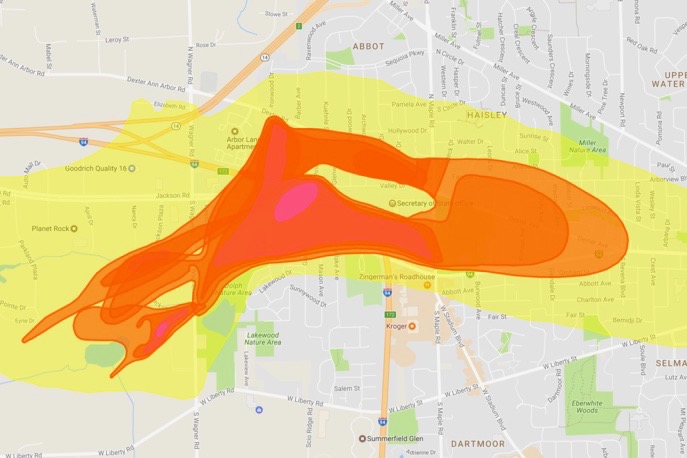 Who should deal with the groundwater contamination in a university town? 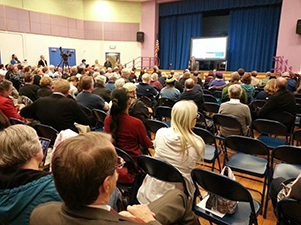 [Podcast]: Responding to a Slow-Motion Disaster

The plume of dioxane-contaminated water spreading beneath Ann Arbor has been called a "slow-motion environmental disaster." In this podcast we follow the way in which public outreach and community participation have shaped this issue over the years, from its discovery in 1984 by Dan Bicknell (a University of Michigan student out for a swim) to the present-day debate over whether to pursue Superfund status.

Barbara Lucas, who has produced a 25-part series on the plume for The Green Room on WEMU, reflects on the challenge of reporting on a dense legal and bureaucratic issue for a public that wants to know if its water is safe.

Matthew Naud shares his perspective from a career of dealing with the plume as Environmental Coordinator for the City of Ann Arbor, where he has seen public concern with the plume wax and wane over the years.

Detlef Knappe, a Professor at North Carolina State University, helps us untangle the mess of dioxane levels and what they mean for human health. He studies dioxane contamination in North Carolina, where surface water contamination has so far been easier to deal with.

In the summer of 2018, Gala held a design charette on the dioxane issue in the Ann Arbor area, bringing together experts, stakeholders, concerned citizens, and activists. Some attendees' thoughts, informed by years of working on the issue are featured here.

What we know causes concern.

Rita Loch-Caruso, Professor of Environmental Health Sciences at the University of Michigan, discusses why 1,4 dioxane is such an intractable water pollutant, what is concerning about human exposure, and what we still don't know.

How clean should clean be?

Mitch Adelman, of the Michigan DEQ (now the Department of Environment, Great Lakes & Energy) has been involved in remediation of the Gelman site for over 16 years. He has taken to haiku to communicate the changing definition of 'clean' to stakeholders.

We still have the opportunity to do a real cleanup.

Vince Caruso is Treasurer of the Coalition for Action on Remediation of Dioxane (CARD). He thinks that superfund status is the best path to a 'total cleanup' of the Gelman site because the EPA would restore polluted water sources to their original state.

How do you keep people engaged long-term?

Roger Rayle has been engaged with the dioxane issue for decades, serving as chair of CARD and compiling a trove of information with Scio Residents for Safe Water. He worries about keeping the public informed and engaged over the long-haul.